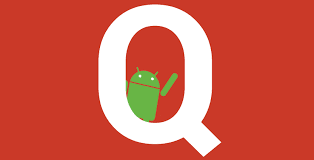 1) Native Screen Recorder:
We have always wanted a native screen recorder in Android for a long time now and it’s finally here with the Android Q. Now, the native screen recorder is not enabled by default, instead you have to go to the developer options then go to the feature flags and enable it.
Once you’ve done that, you can open up the power menu and long press on the screenshot button which will bring up this weird-looking screen recorder menu where you can enable mic sound recording, short apps and start the screen recorder. There’s no option to record internal audio on any of the features but this seems like a feature that’s still in the very early stages because while it worked fine on a Pixel 2, things aren’t the same with the pixel 3XL.
On the pixel 3XL when you try to stop, pause or cancel the screen recording it would just not do it, instead, the screen recorder just goes on with the recording. This will surely be fixed with future Android Q updates.
2) Share WiFi Networks:
Android Q brings a couple of handy options in the Wi-Fi menu, first of all, you can now share a Wi-Fi network via a QR code. All you need to do is go to Wi-Fi settings and tap on the network you’re connected, there’s the new share option there which shows you the QR code which others can scan to join the network.
Now, there’s this QR scanner icon in the network option which lets you connect to Wi-Fi networks by scanning your codes, it’s a nice addition. Apart from this, Android Q now uses randomized MAC addresses by default instead of the optional setting in Android Pie.
3) Theming
Android Q now brings one of the most highly requested features from users. I’m talking about theming. The theming options are currently available in developer options and you get three theming options.
The first option is the ability to change accent colour, you can choose between the device default of black, green and purple. These accent colours reflect across the system in the settings, quick settings and other menus.
The second option is the font option which includes a new font now and it’s pretty bad but we should see more options with Android Q updates.
Lastly, there’s the icon shape option which has obviously been here for quite some time. The theming options in Android Q aren’t very extensive as you would like but it’s a start and it should definitely get better.
4) Better Security And Privacy.
A lot of Android apps are infamous for taking up unnecessary permissions and running in the background. The Android Q brings changes that should fix decisions.
The biggest change here is how Android handles location access, there’s a dedicated location option in the settings page now and unlike before, you can now decide whether you want an app to have access to your location all the time or only when the app is open,
So no more background location access for apps that you don’t trust. Also, I like how the location page has sections to show you absolute apps access only when open and apps that you have denied location access. Apart from that, Android Q also limits access to photos, videos and other files to third-party apps.
Not only that, but Android Q will also prevent apps from launching any activity while in the background which is definitely great.
www.ope2y.com
Please follow and like us: