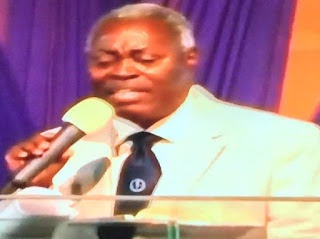 1 And again he entered into Capernaum after some days; and it was noised that he was in the house.
2 And straightway many were gathered together, insomuch that there was no room to receive them, no, not so much as about the door: and he preached the word unto them.
3 And they come unto him, bringing one sick of the palsy, which was borne of four.
4 And when they could not come nigh unto him for the press, they uncovered the roof where he was: and when they had broken it up, they let down the bed wherein the sick of the palsy lay.
5 When Jesus saw their faith, he said unto the sick of the palsy, Son, thy sins be forgiven thee.
6 But there were certain of the scribes sitting there, and reasoning in their hearts,
7 Why doth this man thus speak blasphemies? who can forgive sins but God only?
8 And immediately when Jesus perceived in his spirit that they so reasoned within themselves, he said unto them, Why reason ye these things in your hearts?
9 Whether is it easier to say to the sick of the palsy, Thy sins be forgiven thee; or to say, Arise, and take up thy bed, and walk?
10 But that ye may know that the Son of man hath power on earth to forgive sins, (he saith to the sick of the palsy,)
11 I say unto thee, Arise, and take up thy bed, and go thy way into thine house.
12 And immediately he arose, took up the bed, and went forth before them all; insomuch that they were all amazed, and glorified God, saying, We never saw it on this fashion.
* MAY THE LORD BLESS THE READING OF HIS WORD, AMEN!

The man in our text was helplessly, terribly and hopelessly sick. He was paralyzed and impotent, he could not do anything by himself. Four men had to carry him on a bed. They knew that Jesus Christ was inside, just as He is here tonight. As they could not get in, they passed him down through the roof. When Jesus saw the man, and their faith in action, He said to him, son, thy sins be forgiven thee. Afterwards, Jesus manifested His power by telling him, Arise, take up thy bed and go into thine house. The man went back home a different person.
– He came weak but went back strong
– He came sick but went back healed
– He came paralyzed, but went home completely whole
– He came as a sinner, but went back a child of God

A.  FAITH IN THE SUFFICIENCY OF CHRIST’S ABILITY. Mark 2:1-2; 6:34
Why did Jesus teach them many things? Because the faith to be saved, healed and delivered, the faith to be sanctified, purified and empowered, as well as the faith to go through and succeed in life comes through hearing the word of God. He knew that only the word of God can keep the people, so He kept teaching and preaching to them. Romans 10:17.

Why is FAITH so important? Hebrews 11:6. You cannot pray through, live a life that pleases God without faith. That was what Christ saw in the action of the four men who brought the sick of the palsy to Him. They diligently sought the Lord, they were not superficial, haphazard or careless in seeking Him.

Mark 2:3-5. Here we see faith of the four men being put into practice. Going to the rooftop, removing a tile to create space to lower their sick friend down before Christ were all acts of faith.

1. Action of Faith: James 2:17,20,26;
Hebrews 11:7: The Lord told Noah a flood was coming. Noah believed and prepared an ark for the saving and preserving of his house. If he had no faith, he would not do anything. If the sinner believes that there is judgement coming, he will flee to the Lord in repentance.

vs 8: Abraham believed God, coming out from among His people, and following His direction to a place he had never known. That obedience and going out is the action of faith. Whenever the Lord speaks to us, we show that we believe God when we act on the word. Appropriate, immediate and prompt action.

vs 24-28. By faith Moses chose to not stay in the palace as the son of Pharaoh’s daughter. He knew God has a promised land for His people and he knew that if he did not move out of Egypt, he would miss out on the promise. He thus preferred to suffer affliction with the people of God. By faith he left Egypt — this is the action of faith — not fearing the wrath of Pharaoh. If God is calling you to come out of sin, evil, corruption, you immediately come out to avoid perishing in hell fire. You will not care about what people will say or do.

2. Access by Faith. Romans 5:1-2
They found a way to get the man to Jesus by all means. There was no way through the door or the window. They did not allow the crowd to deter them. They got access for their sick friend through their faith. We must get access to Christ by all means, we must not allow anything to hinder us.
* Through access to God, we have peace with God Acts 15:9
* Justification by faith gives us access to God
* Access to purity of heart that comes by sanctification through faith
* Access to power of the Holy Ghost through faith II Thessalonians 1:11

3. Accounting of Faith.
The four friends were calculative. They considered the healing of their friend done before it happened because faith said it can be done. Hebrews 11:17-19. The sick man also accounted his miracle by allowing to be lowered through the roof by faith and by cooperating with his friends. Even though he was feeling dizzy, he did not disagree in fear, thinking he might fall down and die. He believed he would get his healing.

Action of faith makes the sinner to repent from sin, accepting Jesus as Lord and Saviour, Hebrews 7:25. We should always let it settle in our hearts that GOD IS ABLE. MY GOD IS ABLE. He will accomplish all the good things we expect from Him. Ephesians 3:20; Jude vs 24. God is able to keep us from falling. Faith works out all that are needed to help us make heaven.

B.  FORGIVENESS OF ALL SINS THROUGH CHRIST’S ATONEMENT. Mark 2:5
It is possible the man had been wondering how he happened to end up so sick that he could not move about by himself, to the point that they had to carry or assist him to do everything. He must have also been smitten with guilt for his life of sin. His friends did not know the inner struggles he had, they only carried him for healing. He ended up getting saved and healed.

MAY ENEMIES, (SCRIBES AND PHARISEES) NOT HINDER OUR BLESSINGS, Amen

The scribes and Pharisees did not understand how Jesus could declare the man cleansed and pardoned. They assumed that only God could do that. They did not know that all things are possible with Christ.

1. Sorrow for sin. II Corinthians 7:10
Anyone still lingering in sin or justifying himself will never be pardoned. But when there is sorrow and feeling sorry for sins, we are driven to the Saviour. Luke 7:40-48, the woman in this text wept in sorrow for her many sins, shedding tears on the feet of our Lord, and cleaning them with the hairs of her head. She also anointed His head with oil and kissed His dusty feet in reverence. She was eventually pardoned of her many sins.

2. Separation from sin. John 5:14
Forgiveness comes when there is genuine repentance from sin, not when we go back to same sins we have confessed over and again. Going back to the life of sin brings greater sorrow and pain to us.
John 8:11. Jesus did not condemn to death the woman taken in adultery, and brought to Him. Rather, He proclaimed her forgiven, and admonished her to go and sin no more. Otherwise, they would have stoned her to death and she would have gone to hell fire. I Corinthians 15:34

3. Shielding from sin. II Corinthians 7:11
Jesus has the power to shield us from sinning. Psalm 19:13. Apart from saving us from sin, He can also keep us from sin. ch 119:133. He will not allow iniquity to have dominion over us.
Romans 6:12-14. We ourselves have the responsibility of not allowing sin to reign or prevail over us.
I Peter 1:5. We are kept, protected, shielded by the power of God from sin.

C.  FREEDOM FROM ALL SICKNESSES BY CHRIST’S AUTHORITY. Mark 2:10-12
This year, the Lord will do spectacular things beyond our expectations in our lives. Amen.

1. The Cure For His Sickness. Luke 4:32
In our lives tonight, the word of God will come with power. We will not carry any property of the devil back home. Acts 10:38. Jesus will keep doing good in our lives. He has not changed, He is still the same today. The impotent man got total cure for his sickness through the power of Jesus.

2. The Command From Our Saviour. Mark 2:11-12,2
When the man was sick, paralyzed and impotent, four men carried him. But after he received his healing, he took up and carried his bed by himself, his friends did not need to help him. Jesus commanded him to take up his bed because he was no more paralytic, so he could no longer be a parasite on others.
Luke 9:23. As believers, we will take up our cross and walk victoriously.
Ephesians 6:13. We will take up and put on the whole armour of God. We must not be weaklings who always call their pastors for prayers even in the middle of the night. Rather, we will exercise our faith in Christ. The shield of faith is ever available for us. We will use it to quench the fiery darts of the devil. The helmet of salvation, the sword of the spirit, all are available for our victorious living.

II Thessalonians 3:8. Apostle Paul was not a parasite, leaning on other believers for sustenance. Rather, he put his hands to work in order to fend for himself. No believer should be a parasite on others, everyone should get work to do.

3. His Courage Before The Scribes. Mark 2:12,6-7
The scoffers, the scribes, the Pharisees were there, but in their presence, despite their objections, the healed man rose up and walked out whole, courageously, and triumphantly. Matthew 5:16. As believers, our victory will bring glory to God.

Prayer:
* May God strengthen and increase our faith. May we have grace to put our faith into action to the glory of God
* May God bless and keep our father in Lord for us. May he never be tired or weary. Amen.