NB: How much did each of the 36 States plus FCT contributed independently ,and how much each received?

The Federal, States and Local Governments on Thursday shared the sum of N637.554bn being revenue for the month of January 2018.

She said though “the average price of crude oil increased from $56.83 to $57.71 per barrel during the period, other major issues that impacted negatively on operations.”

She explained that there were shut-ins and shut-downs of production at various terminals for repairs and force majeure declared at Bonny Terminal that was still in place during the period under review.”

Represented at the meeting by the Accountant General of the Federation, Mr. Ahmed Idris, the minister said “there were significant increase in oil royalty and value added tax (VAT).

Giving the breakdown, she said the Federal Government received a total of N263.283 billion including VAT.

The oil producing states received a total of N52.042 billion as 13 per cent derivation of mineral revenue from a total of N400.325 billion generated from crude oil sale for the month.

Operational challenges caused a decrease in Crude oil export by 0.36 million barrels which reduced revenue from export sales for the $113.86 million.

Also “for the month of January, 2018, the gross revenue available from the VAT was N96.646bn as against N83.963bn distributed in the preceding month, resulting in an increase of N12.684bn” the minister noted.

She disclosed that the total balance of money in the Excess Crude Account (ECA) stood at $2.317 billion while the Excess Petroleum Profit Tax (PPT) stood at $133 million. 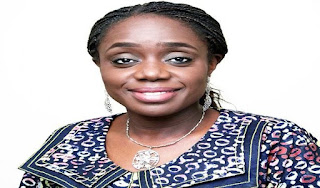