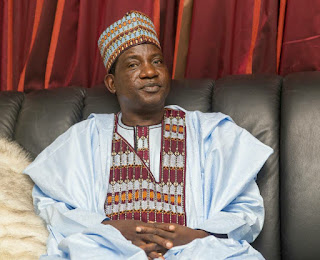 Benue killings: I’m profusely sorry for my comments – Governor Lalong
Plateau State Governor, Simon Lalong,  has tendered his unreserved apologies to the people of Benue State and Nigerians over the comments he made following the murder of over 60 people by herdsmen in two local government areas.

Lalong had told newsmen that he warned Governor Samuel Ortom of Benue against passing the anti-grazing law which was believed to have caused the deadly killings by the herdsmen.

The governor’s statement was widely criticised as highly insensitive and suggestive of justifying the killings and grave injuries inflicted on the villagers by the unidentified herdsmen.

However,  Lalong, at the weekend in Abuja,  told newsmen that his comments would not in any way help in the resolution of the crisis.

While expressing his belief in the sanctity of human lives,  the governor said Plateau State has a strong affinity with all states in the Middle Belt, especially Benue which was carved out of Plateau State, noting that his initial comments were misconstrued and misinterpreted.

He said: “I am here to comment on my statement concerning the lingering issue. That is my comment after the presidential visit in respect of the crisis in Benue State.

“Once again, let me use this opportunity extend my deepest sympathies and extend our condolences to the people of  Benue State over this great loss. My prayer is that God will continue to give them and every Nigerian the fortitude to bear the loss.

“I must say that I humbly apologise for my comments because I have seen that it was really misconceived and misinterpreted. That generated a lot of social media write-up here and there about the issue. I apologise for that because neither the argument for or against helps the matter because it involves lives.

“We still remain brothers and sisters. So I extend my prayers to all of them and I pray that God Almighty will give them the fortitude to bear the loss and grant the souls of the departed eternal rest.

“This is to tell those who are for and against  that there is need, especially at this time when lives are involved, for all of us to join hands to ensure that we work towards  the resolution of the matter and helping in ensuring peace not only in Benue, but in Nigeria.”