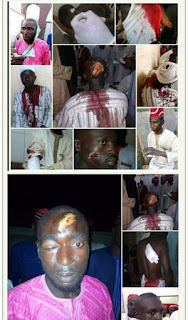 Former Secretary to Kano State government, Dr Rabi”u Sulaiman Bichi and junior brother to Dr Rabi”u Musa Kwankwaso were among the scores injured yesterday following a clash between the supporters.

The injured have been taken to the hospital and are currently being treated.

Kwankwaso has been at loggerheads with his successor, Umar Ganduje.

In March last year, the leadership of the APC in Kano chapter had initiated moves to suspend him over what it termed anti-party activities.