There is this notion that governors across the country have pocketed the state houses of assembly such that they okay and rubber-stamp anything that comes from the executive. Is that the scenario in Plateau as well?

What is enshrined in the constitution is for the house of assembly to be an independent component of government; independent of the executive. But as you said, houses of assembly across the country are being influenced by the governors all along. It didn’t begin today. For us in Plateau, we agree to rubber-stamp and even iron-seal anything from the governor so long as it is for the benefit of the common man.

On the Plateau for instance, it is only the 8th assembly that made the procurement law feasible. It reduces extravagance and poor handling of projects. The same house of assembly enacted a law that has been passed and signed, that is the Plateau State Small and Medium Scale Enterprises Law which has been working with the over 50 ethnic groups and 300 communities in terms of making provision for small businesses to spring up. If okaying all of these and more makes us rubber-stamp as a house, then we agree we are rubber-stamp, and we shall continue to rubber-stamp and iron-seal most of these documents so that the people will continue to benefit.

Would you support the bill to put an end to the state and local government joint accounts?

So, by the time the local government is being subjected to the state, you will realize that a lot of things will not go down well, and that is what we are facing now. For instance, a local government cannot construct even a single culvert on its own without authorization from the state government. This is entirely not good for the system at all.

So, I believe when the joint account is separated, the local government can function properly because that joint account issue has been suffocating the system. That is why, again, when you look at the entire country, you will find out that the middle class is missing since the majority of that class is coming from the local government system where they are supposed to function on their own.

There is this belief that governors are benefiting from the joint account and would therefore not let the LGs go.  Do you think Governor Simon Lalong would support it? And if not, will that not cause friction between you as members and him?

You see, the APC government’s slogan talks about ‘change’ and how change should begin with each and every individual. So, we strongly believe that since the body language of the party is about change, whatever will benefit Nigerians is what the party and its office holders would support.

I therefore believe that whatever the parliamentarians bring forth, so long as it is good and for the interest of the common man, the governor as a committed party man will support and uphold it.

What is your take on the issue of independent candidature?

To be very fair to the National Assembly, the change is actually working in the sense that this is the time the National Assembly is performing marvelously well. When we look at the history of democracy in Nigeria and participation in politics, you know that there must be a platform before you seek office. And that is why because of lack of internal democracy at some level, you see that people would be moving from one political party to the other. But by the time there is that constitutional amendment that gives room for independent candidature, it would help a lot because if a politician is not satisfied with the conduct of his/her party, such politician doesn’t need to go to another party but stand on himself/herself as an independent candidate.

Politicking for 2019 has already commenced and the PDP is strategising to win back the state. Do you think your party, the APC, stands the chance of winning again?

You know that human beings are of classes. There are people who sit down to watch and there are people who think and make things happen. 2019 is still a long time from now and no one can say whether he/she would be privileged to see that year or determine what happens. But, it is equally important to work towards your tomorrow, and every politician and businessman plans ahead. You won’t say because you don’t know whether or not you will reach tomorrow, you won’t plan for it.

So, even if some people sit somewhere and say the APC was an accident and all of that, they should equally know that everything comes as an act and action. If for example from 1999 to 2015, the PDP was winning all the way before they were defeated, even if people say it was an accident, it is vital to let them know, too, that accident doesn’t just happen like that. Sometimes, it could be divine. Other times, it is not programmed that it could happen that way until there is a mistake somewhere. If someone makes a mistake, another would capitalize on it; that was what happened between the PDP and the APC.

Nevertheless, the APC has come to stay on the Plateau. This is because when you look at the antecedents and what is playing out now, you would know that the APC has truly come to stay. Although some of the progress by the APC could be slow because of the inherited system, yet the party is making good progress in the state and the people have seen clearly how governance should be. Go and find out, during the rule of the PDP in the state, you hardly see a situation where people of diverse groups come to a town hall meeting to discuss how governance should be done.

The government those years never took the impulse of the people and then goes back to the drawing board in order to design governance the people would benefit from. But with what the APC has done right now, the people can see clearly and can thus decide which party to vote in 2019. But I can bet you that the APC is on the threshold of victory and history, particularly on the Plateau, and I have no doubt whatsoever in my mind in this regard. 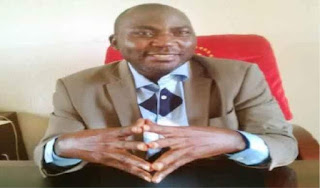